There's something intrinsically delicate and considered about Sleeping Operator 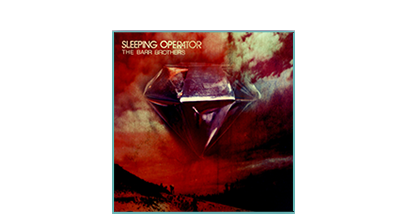 – an album, that once you're invited in, is riddled with surprise, panache and a musical persuasion that's all too much to resist.

Indeed, from the ethereal opening instrumental of the rather clumsily entitled 'Static Orphans,' which then segues into (what perhaps ought to have been the opener) 'Love Ain't Enough,' one's immediately aware that The Barr Brothers are a band of abundant, yet acute, intelligent dexterity.

Having initially been formed in Boston by Andrew and Brad Barr, the band now reside in Montreal; and going by these here thirteen tracks, fall somewhere betwixt the fine finesse of The Fleet Foxes ('Wolves,' 'Little Lover' and the rather lovely 'Please Let Me Let It Go'), the much sought after, quintessential lightness of touch care of Neil Young ('Come In Water,' 'How The Heroine Dies') as well as the deft, seemingly swamp drenched guitarchitecture of Ry Cooder ('Half Crazy').

So all told, a cracking album in more ways that one.

The prime reason for this is because Sleeping Operator consists of an altogether, in vogue, varied selection songs; more than capable of tugging at a menagerie of mood-swings and the all too flippant generation that throws a hero up the pop chart.