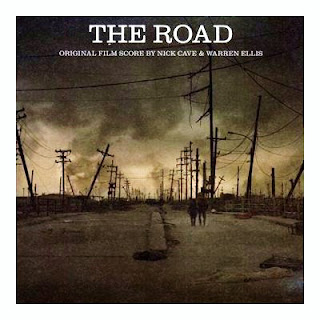 , that it’s hard not to marvel and come away from hearing it, feeling altogether charmed and somewhat uplifted. Rather like watching a good film really, which is just as well, for this is the second album of predominantly instrumental film score music to be released by Nick Cave and Warren Ellis in under a year.


And what a humbling piece of work it is.


Songs like ‘Home,’ ‘Storyline’ and ‘Water & Ash’ invoke the lush textured emptiness of early Brain Eno material – where the elongated meanderings of note, works just as many wonders (if not more) than a cacophony of several. An approach which was put to exceedingly good use on White Lunar, the aforementioned double CD release, which, although included a tiny bit of singing, was as equally ethereal and serene as these seventeen tracks.


Where a flotilla of musical locusts cannot but cease to give the listener assorted veritable jitters on ‘The Cannibals,’ it’s a pleasing reminder of how Cave and Ellis work uncanny wonders in relation to their assigned remit. In fact, one cannot help but wonder what William Golding – he who penned the delightful bedtime read that is Lord of the Flies - would make of such sinister salvation.


I’m inclined to suggest he’d feel both horrified and pleased at the same time, for such is the strength of said macabre undertaking.


The flipside of which, is Cave’s delicate piano prowess on ‘The Real Thing’ and ‘Memory,’ two pieces that are more than astutely augmented by the natural disposition of violin and viola - care of Warren Ellis. Indeed, these two tracks, in conjunction with the really rather lovely ‘The Church,’ account for much of the musical backbone of The Road

. The latter, reminding these ears of Springsteen’s ‘Independence Day,’ by way of the noticeable choice of notes from that of a minor persuasion to that of a major. A nuanced configuration, which leapt forth like a small sticky child in a wrap-around sweet shop.


And before you know it, you’re up against the metallic head-rush of ‘The House’ and ‘The Journey,’ which, although Floydesque in their organic meanderings, are more akin to that of Tom Waits’ ‘The Ocean Doesn’t Want Me’ circa 1992’s Bone Machine.


Himself, not adverse to writing great film music either.


If you’re after an album that’ll occasionally trigger the imagination into entering the ether of subliminal beauty, then look no further. This is it.