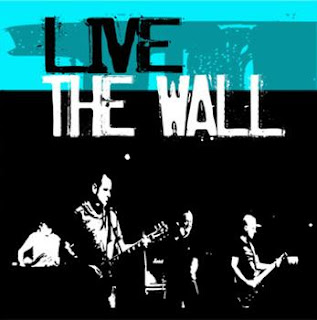 The Wall
Live
Opus Productions
Back in the day, when such bands as The Ruts, The Lurkers and Cock Sparrer were giving it some - by way of full-on, thrash, throttle'n'roll - Sunderland's The Wall were soon to follow. Formed in 1978, the band bequeathed upon the public assorted top toones, of which the Stonesesque sounding 'Fight The Fright' (during their 'Tumbling Dice,' 'Jumpin Jack Flash' period of irreversible cool) still sounds as appropriately groove laden and politically apt today, as it did back then.
As such, all the more reason to check out this live album recorded in Blackpool in 2007. Avoiding all the usual tinsel trappings of live albums (such as tiresome in-jokes, ghastly drum solos, augmented over-dubs etc), what we have here are sixteen tracks of unadulterated, contained mayhem; the likes of which yer Kasabian et al, have been known to clandestinely and silently salute.
And can you blame them?
The aforementioned 'Fight The Fright,' replete with (minimalist) Mick Jones guitar solo, goes a long way in re-affirming the band's live potential. Short, snappy, sassy and sexy, it's a track that was clearly written during the tenure of Thatcher's no hope ideology – the populace of which, this lot beckoned to ''fight'' in more ways than one: ''Hope that you can read in between the lines/I've filled in too many times before/Every mirror is a warning sign.'' 'Career Mother' (as opposed to 'Career Opportunities') is similar in persuasion, the only difference being, that the youth of potential has already arrived at the terminus of a middle-age.
Also included is 'Another New Day,' a dissertation on romance – which lyrically, isn't a million miles removed from Joe Jackson's 'Happy Loving Couples' - 'Hobby For A Day' that addresses the preposterous myopia of (again, Thatcher's) territorial thinking, and a fraught rendition of The Beatles 'Day Tripper' (that by my reckoning, is probably pukka live).
Even if this album has been recorded a few years hence, it most definitely smells like teen spirit. If nothing else, it will allow for a menagerie of golden memories to come hurtling back, which, in this day'n'age of Jade'n'doom'gloom, ain't a bad thing.
David Marx
www.davidmarx.co.uk
www.myspace.com/davidmarx
Posted by David Marx at 15:44