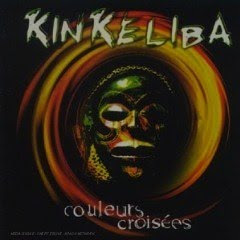 Kinkeliba
Colors Croisees
Bgo
Kinkeliba are an exquisite reggae band from Normandy in Northern France, the likes of whom, put many a so-called roots radical named band to shame. Replete with a jah-like, feelgood policy, not exactly a hundred miles removed (if that) from likes of The Heptones – especially their 1997 Sea of Love album – this thirteen-track offering is indeed, a veritable treasure trove of intelligent and overtly strident reggae.
In fact, Colors Croisees is as equally audacious in its lush production, as it is confidently preformed. The opening track ‘Kinke Style’ for instance, more than coherently and musically displays these qualities. That the vocals don’t, or should I perhaps say, refuse, to make themselves known until such time that the vibe has all but settled, surely substantiates Kinkeliba’s total, and inner self belief.
Something of a similar persuasion just as readily applies to ‘L’Argent Du Peuple’ and ‘Couleurs Croisees’ (featuring Steph De T.R.I.B.U), although the vocals are far more pronounced and immediate in the latter. This could, quite possibly be as a direct result of the cool groove induced horn section – who certainly know how to jab (or two) in all the right places!
Said cool groove continues unabated throughout much of Colors Croisees.
Moreover, there are the rather conceptual sounding pieces such as ‘Sechereese’ and ‘Perroquet – Pression,’ both of which wouldn’t sound amiss as film tracks; along with the tight’n’crisp, guitar’n’organ induced numbers such as ‘Ghetto’ (featuring Fish De Ruff Cut) and ‘Toute Le Monde,’ the latter of which is particularly fab.
So if you’re looking for an intelligent and organic reggae album, circa mid-period Jimmy Cliff, this could well be the album for you.
It certainly does it for me, that’s for sure…
For upcoming gigs'n'stuff, check out the band's MySpace: http://www.myspace.com/kinkeliba
David Marx
http://www.davidmarx.co.uk/
www.myspace.com/davidmarx
Posted by David Marx at 18:27