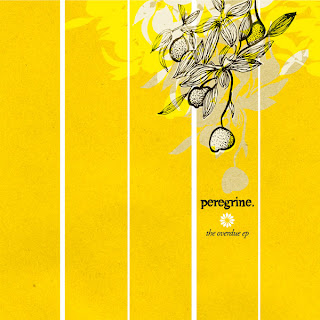 Effervescent and ethereal, cerebral and conclusive, Peregrine are of the quintessential singer/songwriter persuasion - as in songs with considered words; which, when aligned with a certain delicacy of touch, makes for more than compelling listening. Something, which in this day and uber age of petulant pout saturation, is mighty refreshing to say the least.

Along with the likes of David Gray and perhaps early Elvis Costello circa ‘Allison,’ this five-piece Australian outfit from Sydney (although drummer Mat Smith is from Liverpool) are as equally deft at listening to one another as they are conveying the musical vision of singer and chief Peregrinian, Brett Winterford.

Having recently seen the band perform six songs at Berlin’s Jägerklause, The Overdue EP, while reasonably well recorded (mastered at Abbey Road no less!), doesn’t quite hit the mark of experiencing the band live. To be honest, this is hardly surprising, for with the (possible) exception of Bruce Springsteen, ninety-nine per cent of recording artists fall short of hitting the mark and reproducing their onstage live performance. Which in and of itself, explains why the likes of Robbie Williams and Madonna - unlike this lot - feel the need to employ several hundred (nigh) naked and superfluous dancers, several snakes and tanks, whippets, murderers, paraplegics and perverts, simply because they’re so fucking dull, vacuous, insincere and awful live. But I digress…

The EP’s opener ‘Curious’(the band's current single) is a lovely song, sung with all the illustrious persistence of someone who essentially knows what he’s talking about. The same might be said for the follow-up and perhaps strongest song on the EP, ‘The Usual Thing.’ But having watched the band perform both songs live, I have to confess they were a tad more beguiling, if not conversational in execution amid said setting.

The epic ‘Love Lost’ is something of a musical drama (replete with Gilmouresque guitar care of Felix Akurangi), the soul drenched ‘Sunshine’ truly benefits from its inclusion of what sounds like a Hammond organ, while ‘Overdue’ bequeaths the listener with a much warranted confidence and profound sense of tumultuous, groovy things to come.